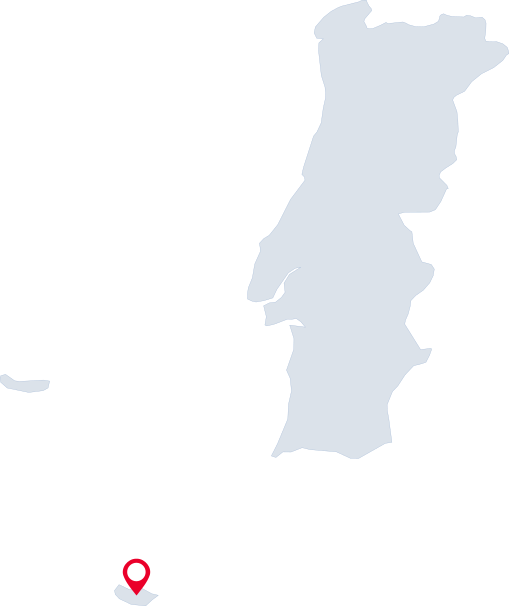 Madeira airport is located 13.2 km from the city of Funchal.

TRAFFIC: It is the fourth busiest airport in Portugal. The Madeira Airport mainly services flights to Europe and is fundamental for the movement of goods to and from the Madeira archipelago.

DEVELOPMENTS: In 2016, Madeira airport was modernised and renovated thanks to an investment of €11 million. Airport capacity was doubled. Today the airport can serve up to 1,400 passengers per hour.

TERMINAL 1
We are located on the first floor check-in area from 01 to 28, next to Santander Totta.