Young and dynamic organization of professional experts in the sector

The Safe Bag Group consists of over 650 people, including our Italy Headquarters and the local teams at our partner airports.

Twenty people work at the Safe Bag HQ in Italy and oversee all of Safe Bag’s operations. Our staff at HQ is responsible for the overall management of all airport concessions and supervise the daily activities of local teams at the airports.

Rudolph Gentile is an eclectic and innovative entrepreneur with over 20 years of professional experience in the field of air transport and airport services. Born in Rome on 11 November 1972, he graduated with a degree in Social Sciences from La Sapienza University in Rome. He began his career in 1993 as Station Manager for Air Europe at the Fiumicino and Ciampino airports in Rome. In 1995, after having worked in Air Europe’s Marketing department, he moved to the Cargo division and became Director of the Division the following year. In 1997 he founded Safe Bag (previously known as Fly). In 2004, he founded Moviemax S.p.A., a film production and distribution company now listed on the Stock Exchange, of which he was first Managing Director and then Chairman, until 2010. In 2010 he sold his stake in Moviemax S.p.A. and founded M2 Pictures S.r.l, another start-up in the film production and distribution sector. From 2010 to 2012, Gentile was a member of the Board of Directors of the airline Air Italy S.p.A.

David Debach is a professional with over 20 years of experience in industry and consulting, including 11 years of experience at A.T. Kearney, a leading management consulting firm. In 1993 he graduated with honours with a degree in Economics from the LUISS Guido Carli University in Rome. Over the course of his career, Debach has developed a consolidated know-how and experience in the retail, consumer goods and airport services sectors. His areas of expertise include strategy and organization, planning and control, and business development. He joined Safe Bag in 2009 as Director of Business Development and Marketing, with the mission to develop Safe Bag’s presence in the most important airports in the world, and to expand Safe Bag’s business scope beyond the wrapping service.

Roberto Mosca started his professional career in 1990. Distinguishing himself through his innate communication skills, he quickly rose to a position in charge of a group of experts at the Mediolanum investment bank in 1993. Later he became National Director for Italy at Progetel and then became Director of Sales for Europe at Sunlife System. In 2003, he began collaborating with Rudolph Gentile as Director of Sales at RG Holding Company. In 2008, he became Director of Sales and Operations at Safe Bag. Among other things, he is responsible for managing airport operations (in collaboration with local teams), for recruitment, for training at airports and for relations with airport commercial partners. 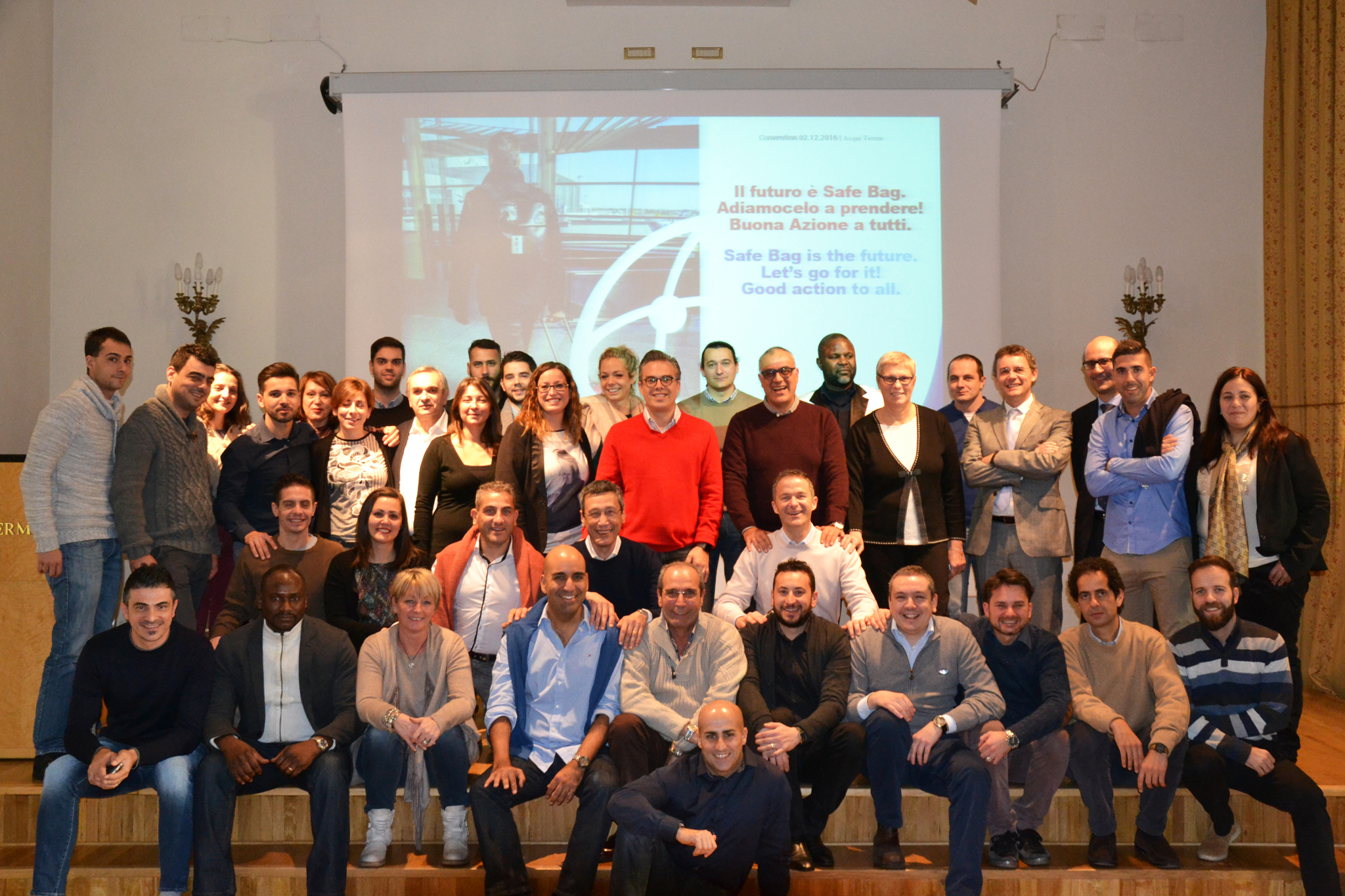