Founded in 1997, Safe Bag is the world's leading provider of luggage security services at the airport 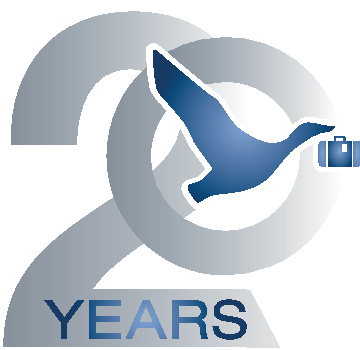 In 2003, Safe Bag expanded in Italy, introducing its services in Palermo, Florence and Genoa, and later in Pisa, Olbia, Turin and Alghero.

Starting in 2007, Safe Bag entered other European markets, first in Paris-Charles De Gaulle and Orly, and then in all leading French airports.

In 2011, Safe Bag conquered the Portuguese market, becoming an exclusive supplier at the country’s main airports (Lisbon, Porto, Faro, Ponta Delgada), and started offering its services in Spain at the Ibiza airport.

In 2011, Safe Bag introduced the Safe Bag kiosk, a one-stop shop selling products and accessory services to ensure the comfort and safety of travellers.

In 2012, Safe Bag expanded its presence in both Switzerland (Zurich) and France.

In 2013, Safe Bag started offering its services at Miami International Airport, the leading airport for wrapping services, with 31 machines, 200 employees and almost 1 million wrappings per year.

In 2014, Safe Bag expanded its presence in Switzerland (Geneva) and in Italy, opening at the Rome-Fiumicino, Bari and Brindisi airports.

In 2016, Safe Bag entered the Canadian market at Montréal airport.

In 2017, Safe Bag expanded its presence in Canada, opening at the Vancouver and Ottawa airports, and arrived in Poland at Warsaw airport.

In 2018 Safe Bag started its operations in Rio de Janeiro (Brazil) and Krakow (Polonia). A new operation in Lima Airport will start by the end of 2018.